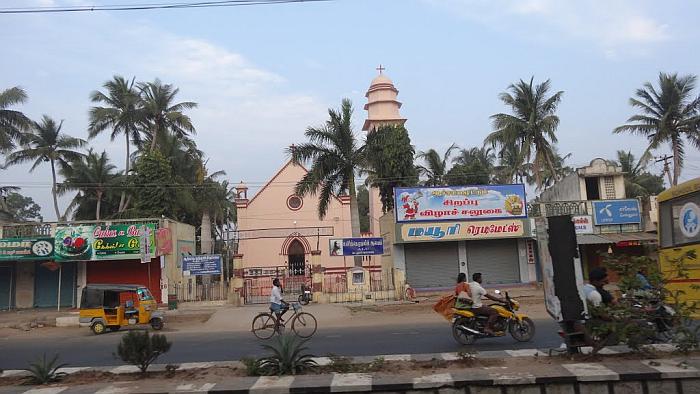 As usual an another conversation with my sister resulted in this new blog. Since we live in different parts of the worl, we don't catch up for long chats over the phone often. But when we both are in a mood to speak, the conversation lasts no less than 30 minutes, which is longer by my standards. When we were speaking last, we were talking about her school friends who discovered her after so many years in the Facebook. The conversation veered to the topic of staying in hometown for good.

The next day we had a team lunch and my counterpart from the client side from Australia had also joined the same. He said that in his life he had never travelled other than the NSW state. He was born and brought up in the same suburb of Sydney that had beautiful beach. His wife is from the next suburb and after joining with his current employer he moved to another suburb. On the weekends he and his kids go to a beach town which in 3-4 hours travel and that town is still the same for past 20 years. I threw this question to him whether he is not bored of living in the same place? Even before he could answer, my manager intervened and said that why he should be bored especially coming from beach suburb of Sydney.

Still I didn't get my answer because no matter how wonderful is your birth place, there will always be an urge to explore the other part of the world. For most part of the world US & Europe is the dream place to live at but I had seen so many US / Europeans in UAE, Nigeria which we normally are not comfortable with. They are not "visiting" UAE / Nigeria, but "living" there for years, with their family.

I personally know a friend from UK - Mr. Ian Watkinson (www.ianwatkinson.co.uk) who lived in Chennai for 10 years and absolutely loved the place. When I visited his house in Leeds, the place is so calm, serene, picturesque and beautiful that I fell in love with that place immediately. I asked him that how he is living in Chennai after living in such a beautiful, calm and less crowded place. He said that he feels safe & comfortable in the crowds of Chennai. I was zapped.

I'm basically from Cuddalore, Tamilnadu, which even though a district headquarters, is nothing more than a overgrown village. You can hear about the town from Meterology Department whenever there is an impending danger of cyclone in coastal Tamilnadu. I heard about many of my schoolmates whose grandparents belong to the same town - Cuddalore who went to the local arts college, got a job in nearby town - Pondicherry and many of them got into government jobs, managed to get a job in the surrounding towns - Nellikuppam, Viluppuram and travelled to work from their homes everyday. Many of them married girls from the nearby towns, sending their children to the same school they went and life had just continued the same way for generations.

One good part is that they have their relatives living in the same town or nearby towns of maximum 15-20 minutes travel. Other than that I don't see anything appealing me much in living in their whole life for generations in the same town. Doesn't this push people into the comfort zone or shrinking their world? I always feel that the world is very big and I have the itch to live in every part of it, as much as possible may be because I am nomadic in my heart.

Considering my low marks in my HSLC, everyone suggested doing arts or science in the local arts college but I was against of that. Infact I couldn't even imagine that. I always wanted to start "living" in other place. At that time itself I started feeling that I should explore the world, adapt to the world rather than confining myself in the cocoon of the hometown. I shudder at the very thought of spending the whole life in the same street and town.

Living in a new place is an experience.. especially when you move out of the comfort zone and living by yourself is really that teaches a lot. Earlier they used to say "கெட்டும் பட்டணம் போய் சேர்" - that you move out of your place only when you perish, but the later industrialisation made people to migrate to cities even to make a basic living. But I don't think that people move out of their towns ONLY to make a living. There are other reasons like - experiencing new culture, new opportunities, exploring new avenues either for career or re-inventing themselves.

I had "lived" (not a fleeting visit) in various places like Salem, Coimbatore, Abu Dhabi, Dubai, Bangalore, London, Lagos (Nigeria), Melbourne and Sydney for various reasons and at different phase of lives. I believe each town or city has an unique flavour of its own which can be understood only if lived there. Abu Dhabi and Dubai were completely different for me and I can sense that the moment I cross Jebel Ali. Walking in the streets of London is like walking straight into the past / history. The vibes Coimbatore and Chennai give are poles apart that I am completely a mellowed down, different person when my feet touches the soil in Coimbatore. I chose to live Bangalore as my base not out of compulsion but as a choice because I feel that this city is vibrant.

When I visited Kochi two years back I had a good time with my family members in the Marine Drive area. I loved the city so much because of its accomodating the water as their regular part of city by boat stands, water taxis etc. I said that if I get a good project / job based out of Kochi, I would defintely take it up. My mother was making fun of me that wherever new place I see I end up looking for a job there.

So for a person like me, the very thought of how a person can be born, raised up, work, live and die in the same place even if that place is a heaven. I checked with few people on what they think about not moving to other places. The unanimous answer is the comfort and the next answer is the personal touch in the relationships. But I feel that the lack of an adventurous mindset to explore the world makes people confined to the same place forever. According to Neitzsche "Anything doesn't kill you makes you stronger". So every place is an experience and memory for me.

I just hope that this thought rubs of with my kid. Even though Begaluru, the place he is growing in is offering enough chances to learn, explore, party, work and even a potential spouse offering a possibility of living in the same place for generations, I just hope that Aadhithya travels and live across the country / world and explore more about this world.

Still I am unconvinced that why people need to restrict themselves in the confine of one particular town / city for their whole lifetime. If anyone can give any other reason, please put your views in the comment box below.