Hai Guys, I had completed my third Kerala mural painting - Ananthasayanam. Ever since my batchmate Mr. Ian had forwarded the image link to me, it was my fantascy to attempt. Originally I planned this drawing for 3 ft x 5 ft but had second thoughts whether I can be able to pull it off. While the wood work was going on I took a remaining plywood (1 ft x 2.5 ft) and started the Ananthasayanam painting on it. But while progressing only I realised that it would have been easy if I had started in the 3 ft x 5 ft board because the drawing had so many intricate parts which took a toll while drawing them in still more smaller board size. Atlast when I finished it, it gave me a sense of satisfaction and a confidence to start boards of larger size. For Kerala murals enthusiasts, I have photo documented the stages since the basic outline, so that you people can understand what exactly goes into these paintings.

For anybody who can dabble with paints, making a Kerala mural is possible. Just keenly watch the styles of ornaments, dresses and postures. The modern Kerala murals are being done with Acrylic paints, so it is not tough like early days. Prepare the base with a marine plywood over which 6-8 coats of wall primer (water based) is given, dried and smoothened by rubbing the coarse sandpaper. The stippling technique, creating the gradations through dotting, is very significant for Kerala murals. You can get a mastery over this stippling technique sheerly through practise. Normally the commercial artistes doesn't do much stippling because of the time involved but manage with the gradation brought out by multi washing techniques. 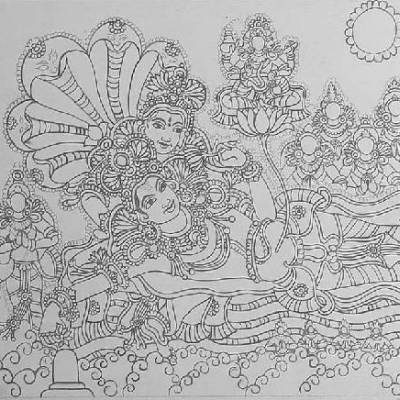 Stage 1: Lekhya Karma, where drawing with the Pencil / charcoal outline is made. 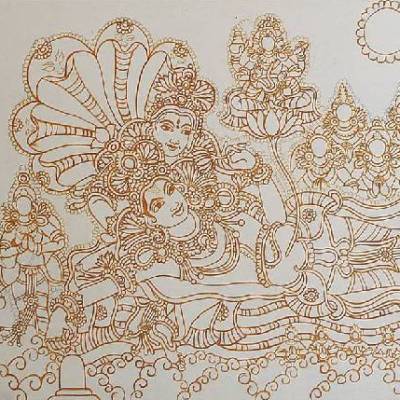 Stage 2: Rekha Karma, where the outline drawn in previous stage is enhanced. 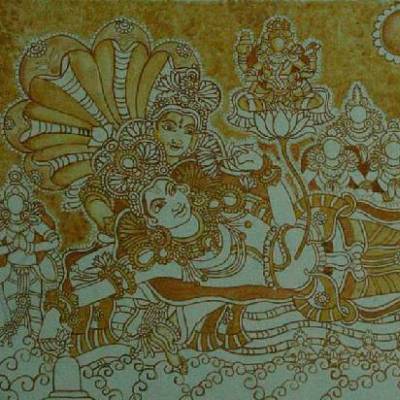 Stage 3: Varna Karma - In this stage the colouring is being made 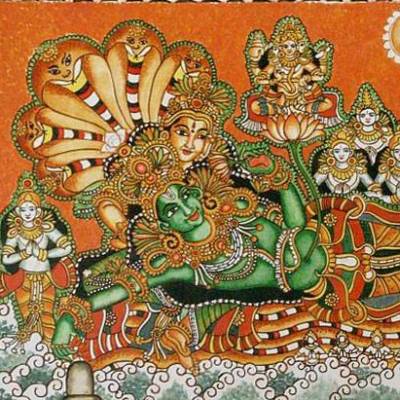 Stage 5: Lekha Karma (not to be confused with Lekhya) - final outline, usually black colour, is made. 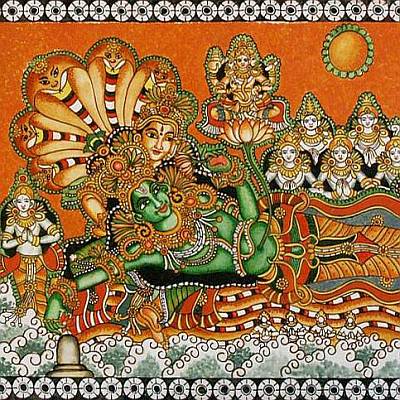